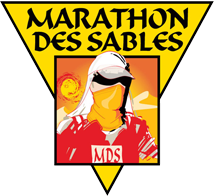 In April 2014 I will join approximately 1000 competitors on the starting line of a race in the Saharan Desert, The Marathon des Sables. Over six days I will run the equivalent of 6 full marathons (approximately 155 miles), carrying with me all that I need to survive; organisers provide a strictly rationed daily water provision and a space in a shared bivouac. Food and everything else needed to subsist and run in the Southern Moroccan Sahara I will carry in a pack.

Temperatures can reach or very occasionally exceed 50˚ Celsius, the terrain varies from steep energy sapping sand dunes, to long rock strewn, foot crippling wadis.  Competitors must complete each stage, including the longest which is usually around 55 miles, within stringent cut-off times, failure to do so results in disqualification. The Marathon des Sables is recognised as one of the toughest foot races on Earth.

Why enter? Not an easy question to answer and certainly not simple to define concisely, so please bear with me; I had never been fit; I played sports in school, ran sprints with the local athletics club but was not fit. Leaving education I put on weight through excessive eating, alcohol consumption and a total lack of exercise.  I am not entirely sure when but at some point in my early 30’s when totally unfit and near my heaviest I read an article about the Marathon des Sables, whilst impressed by the strength, endurance and bravery of the runners I couldn't identify with them or see any rational reason for anyone entering the race.

In December 2009 weighing close to 17 stones aged 35 and suffering insanely high blood pressure I set out to lose weight and get fit.  Over the course of 2010 I progressed from lung busting, thigh trembling treadmill runs of just a few minutes to 10k, half-marathon and in October 2010 marathon finishes.  I have run ever since moving on to ultra-marathon distances. Seeing an article on the Marathon des Sables a second time but through the fresh perspective of a couple of ultra-marathon finishes I concluded, “I could do that” a thought that reverberated in my mind over several months, sending me back to the organisers website time and again, leading eventually to an internalised “well then, MR Stewart, that being the case, is it not time to put-up or shut-up?”

In April 2014 I will face up to the harsh conditions of the Sahara and submit to 6 days of self-inflicted hardship, what though of those for whom every day brings hardship and struggle?  The travel, entry and mandatory equipment costs add up to a substantive amount and could be used to benefit those who have not, as I have, enjoyed a safe, stable and loved upbringing or help people who have taken a wrong turn, as I have on many occasions, but lack the support network to help them get back on track.

I hope therefore to raise an amount equivalent to the cost of entry, travel and equipment for charity. I will be running in aid of Framework a Nottinghamshire based organisation whose mission is to help homeless and vulnerable people by providing high quality housing, support, prevention, and training services.  They enable people to live independent lives by offering choice and opportunity.

Every penny raised will go directly to Framework as I am fortunate enough to be able to fund the trip, entry and equipment costs myself.

As part of the build-up to the Marathon des Sables, I will:

Whilst I am not expecting James Cracknell or Ian Sharman, the highest placed British competitors to date, 12th and 13th respectively, to lose any sleep over my entry I do intend to run the event hard and place as highly as possible.

I will be delighted if you can help me raise money to help homeless and vulnerable people across the East Midlands. Your donations will make a huge difference to people’s lives and will be an invaluable source of motivation and encouragement to me throughout my training, build-up events and the Marathon des Sables itself.

If you would like to donate please visit my Just Giving page:

You will be able to follow my progress in the run up to the event on this blog and throughout the Marathon des Sables itself at: